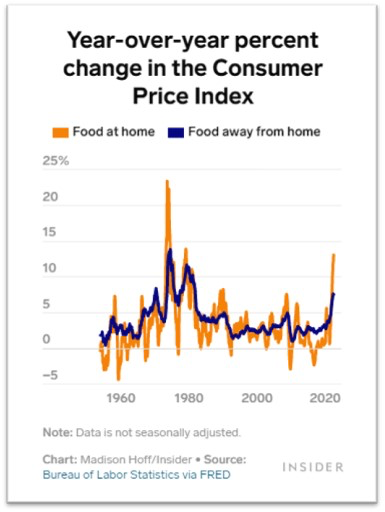 Restaurants contend that their prices are beginning to offer a better deal to consumers than grocery stores because of inflation, reports The Wall Street Journal.

This is the biggest inflationary gap between the two options since the 1970s, according to the report.

Executives at Cheesecake Factory, and Applebees believe customers are considering eating out to be more advantageous for their wallet than cooking at home, according to The Wall Street Journal.

Short video on customers seeing restaurants as the better value over supermarkets. WATCH

Click here to send us an email and we'll get back to you, asap.